Petroc Trelawny regularly presents the BBC Radio 3 Breakfast show, in addition to concerts in Radio 3 Live in Concert series. Raised and educated in Cornwall, he started his career at BBC Radio Devon soon becoming one of the nation's youngest newsreaders. Having read the news for British Forces Radio during the first Gulf War, he then joined the network as a presenter in Hong Kong, spending a year broadcasting to the military. 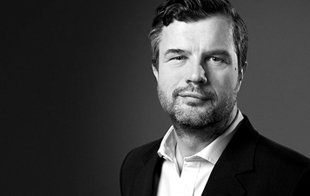 In 1992 he returned to London to join Classic FM at its opening, where he presented the afternoon show. From London he moved to Manchester in 1997 as co presenter of the BBC GMR Breakfast Show, and also started anchoring live broadcasts of concerts for Radio 3 before joining the station full time.

As well as presenting Breakfast, Petroc has introduced hundreds of chamber music and symphony concerts for Radio Three. He is a regular presenter for the BBC Proms from the Royal Albert Hall and his major documentary series for RTE Lyric FM in Ireland, 'Max and St Magnus – An Orkney Saga', won a prestigious ESB Media Award.

On television Petroc has been seen extensively on BBC2 and BBC4. He regularly presents 'Cardiff Singer of the World'.

Petroc lives in central London. As well as music his passions include Cornwall, travel, food and literature. His musical tastes are wide, from early choral music to Sondheim musicals. He is chairman of the Lennox Berkeley Society and is particularly fond of the operas of Britten and Mozart, the symphonies of Shostakovich, and the piano sonatas of Beethoven.

As well as being our esteemed president, Petroc is also an enthusiastic trustee of The British Friends of the Zimbabwe Academy of Music, which encourages music-making and education in Bulawayo, Zimbabwe.
www.zimbabwemusicacademy.org/the-academy/

Support us
"If I cannot fly, let me sing"
Stephen Sondheim
Menu