An evening of relentless joy and beauty!

Music is not always an overt reflection of the social or historical circumstances at the time of its composition - think of all the vibrant, life-affirming music from the pens of composers whose lives were dogged by illness, unhappy working circumstances, unrequited love, or a sexuality they felt the need to suppress. It is a fact that Haydn composed his Missa in tempore belli (Mass in time of war) at the time of the French Revolution, when his native Austria was under threat of invasion. But it is also a fact that his music is overwhelmingly upbeat, with a seemingly endless supply of invigorating textures for orchestra, choir and soloists. There are, of course, darker moments but they hardly encapsulate the terror of war.

The first time I heard the mass, which was on Radio 3, I was completely captivated by it - it grabbed me by the collar and whisked me through 40 minutes of relentless joy and beauty. I had missed the announcer at the start (perhaps our own President!) so I did not know what the piece was, except that it was certainly by Haydn, and obviously one of the masses. The only times it occurred to me for a moment that it might be titled "in time of war" came in the Benedictus (just a few sinister undertones) and the Agnus Dei, where there is a prominent role for the timpani (perhaps the drums of war), giving the work its nickname "Pauken-messe".

Whilst the title is not in doubt - it was given to the work by Haydn himself, and the work was certainly written in a time of war - it is amazing how such a positive artistic outpouring can come from such an unsettling time.

The piece comes from 1796 and, like The Creation which comes from the following year, it represents the mature composer at the height of his considerable powers.

At our concert on Saturday 12th March, we will perform Haydn's mass alongside the little piece of 18th century Italian sunshine that is Francesco Durante's Magnificat, and Mozart’s Piano Concerto number 21 in C from 1785. 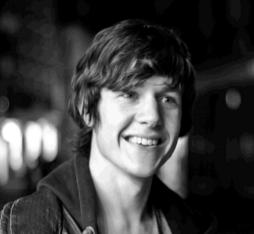 For the Mozart, it will be a special joy to welcome soloist Freddie Brown - a joy partly because his parents, Ian and Sarah, are long-serving members of Three Spires Singers, and partly for me personally because Freddie was a Chorister in the Cathedral Choir when I first arrived in Truro in 2000.

Having gained a first class degree at Cambridge (with the Peter le Huray prize for academic achievement), Freddie went on to study at the Royal Academy of Music, graduating with distinction. Freddie has been making his mark as a pianist in London and further afield, and I am greatly looking forward to hearing how this incredibly thoughtful young pianist will interpret one of the great classics of the concerto repertoire.

Do join us for an evening of 18th century delights!