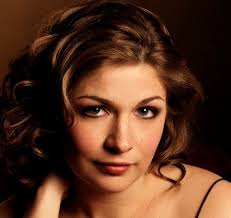 I can remember first getting to know Rachmaninov's Third Piano Concerto (or "Rach 3" as it is commonly known by piano enthusiasts).  Then, as now, it turned up as a warhorse in international piano competitions - I would have seen competition finals on BBC2, perhaps even in black & white (which rather dates me, but my parents were put off colour TV by seeing a long row of television sets in Currys, all showing a young, very red-faced Margaret Thatcher crossly gesticulating).  When I was at school, orchestral concerts in Cornwall were comparative rarities, and with great interest I set off with my parents to a special event in Carn Brea Leisure Centre, a concert to be given by the BSO.  The centrepiece was to be Rach 3, played by none other than a youthful Cristina Ortiz with flowing long hair.  At about the same time I can remember getting to know a Horowitz recording of the concerto.

At first, the work did not seem to quite have the instant appeal of the same composer's Second Piano Concerto; there were fewer really obvious big tunes.  But I found it very quickly grew on me, and I was quite mesmerised by much of the piano texture - how is it possible to create this gorgeous fabric of sound, playing quite so many notes, with so many rapid changes of hand position?  How could anyone play with such power and majesty when one's mind has to be constantly working out the next shift of position which needs to take place in the space of a tenth of a second?

I soon realised that this was all perfectly possible, but only for a tiny proportion of mankind: don't even bother unless you are enormously talented and dedicated.  Put another way, the pianism of Horowitz and other phenomenal concert artists is something that all pianists should aspire to, but few actually achieve more than fleetingly. Coincidentally, the film Shine, a moving portrayal of behind-the-scenes traumas experienced by an aspiring concert pianist, is based around Rach 3.

After one or two enquiries, BBC Young Musician winner Cordelia Williams - a pianist unknown to me - was invited to give the first Truro performance of Rach 3 in the next Three Spires concert.  At Chris's suggestion I went on YouTube to investigate and found an absolutely stunning performance of Ravel's Ondine from Gaspard de la Nuit.

It is a notoriously hard piece to pull off in performance: I can just about manage it on a good day, but not without a good deal of sweat and raised blood pressure (annoyingly my elder son manages it more easily than I do).  Cordelia Williams makes it seem the easiest thing in the world, whilst looking the part - the piece describes the attempt of a water nymph to seduce a poet and lure him into diving into a deep lake (life seems deeply unfair sometimes).

Do recommend the concert to any of your friends, especially piano music buffs.  I have no doubt that it will be a spectacular performance; just under a year after Cristina Ortiz' inaugural recital on the Cathedral's new grand piano, we will witness the first performance of a large scale Romantic concerto on the instrument.